The Institution
History
The Provincial Council of the 19th Century 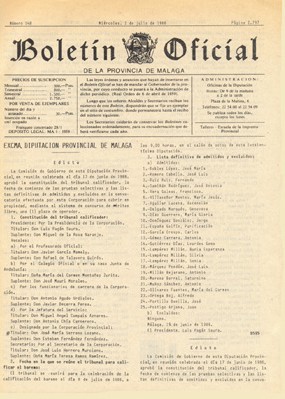 The Provincial Councils were a legislative creation ensuing from the Constitution of Cádiz of 1812 and the subsequent restoration of the liberal political regime. Since their origins, they have been a fundamental part of the consolidation of constitutionalism.

The Constitution of Cádiz granted the Councils competencies in various sectors, including the economy, development and politics. Some 14 months after The Constitution was ratified, Ferdinand VII declared it to be null and void. During the liberal three-year period which lasted from 1820 to 1823, the pillars of Ferdinand’s system came tumbling down owing to popular reaction, and the Constitution was restored for a short time. The law governing economic-political issues in the provinces considered the Councils to be the General Town Halls of the Province, thereby putting an end to interference by the Political Head in matters concerning the economy and in relationships with Town Halls. 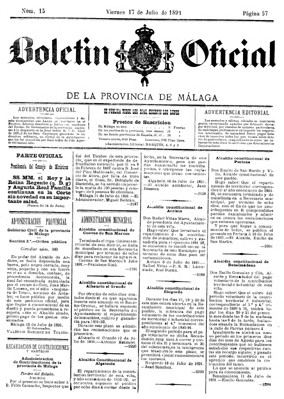 The Provincial Council of Málaga (notwithstanding the role it played during the liberal three-year period) was established on 20th January 1836, when it was formally entrusted with fulfilling its functions, as published in Provincial Bulletin number 719 of 26th January, 1836.
The nature and functions of the Council were based on three pillars:

Since the Framework Law of 1975 and its consecration in the Spanish Constitution of 1978, Councils have been considered to be territorial entities with their own respective aims. They are part of the Local Administration and, therefore, they enjoy administrative autonomy.