Menu
The Coat of Arms
History
The Flag
Logo

The Coat of Arms 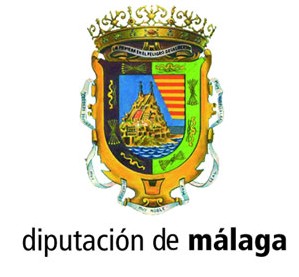 The coat of the arms of the Province of Málaga comprises two sides:

The left side represents the coat of arms of the city of Málaga, granted by the Catholic Kings in Segovia by royal decree on August 30, 1494, and originally described as follows:

“The coat should comprise the form of the city and fort of Gibralfaro (with the group of captives) against a red background. In order to pay reverence to Saint Ciriaco and Saint Paula, who were martyred in this city, we order that their images be placed atop the towers of the Gibralfaro; in honour of the port, waves should be represented; our weapons, the yoke and arrow, should frame the image.”

The right side: Modified during the Republic, this side comprises 12 horizontal stripes in red and gold, representing the 12 judicial parties of the Province, excluding the capital of Málaga.